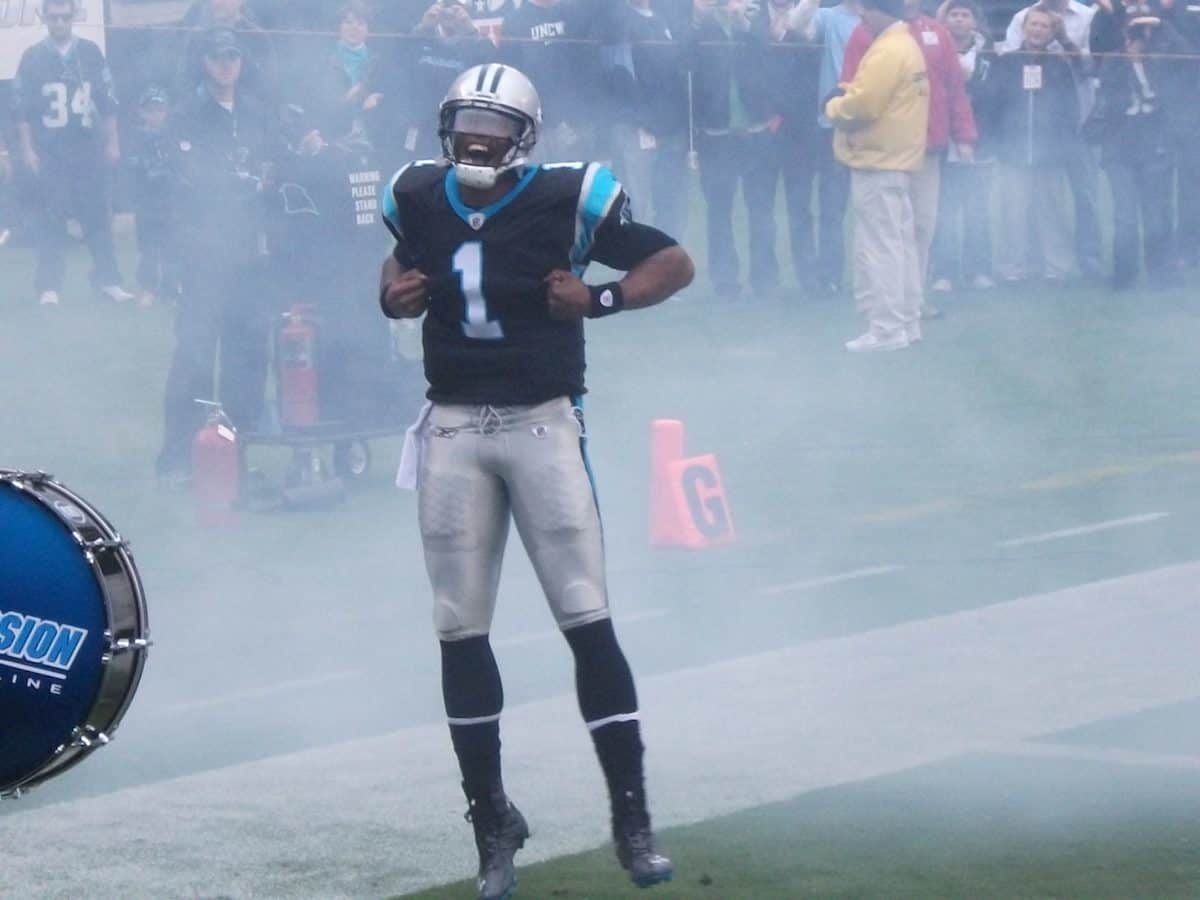 “Somebody is supposed to be dead,” Cam Newton said after the accident. He shouldn’t be alive.

In 2014 Newton’s truck overturned after a driver clipped the rear of his Dodge Ram. The images are horrible. We all wondered how anyone survived. Cam Newton fractured two bones in his lower back.

However, the most lasting impact of the crash seems to be Newton’s on-field performance and not his injured body. The Carolina Panther’s haven’t lost a regular season home game since his crash.

Newton’s teammates praise his leadership. His happiness and joy overflow. He is dominant on the football field.

These successes are a glaring contrast from the previous season. Before the crash, the Charlotte Observer published a column claiming that he wasn’t worth his $100 million contract. His performance was faltering. His passer rating was 47.2, Newton’s career low.

How did Cam Newton turn around his performance so quickly? I believe the answer is his attitude. Cam Newton did these three things right after the crash.

First, he gave thanks.

After the crash Cam Newton said, “I’m just blessed, man. Sometimes you get asked questions and you're speechless. You're just here in this moment, because I'm so happy to one, walk away from it, but also see so much blessings be rained upon me."

Next, he got back to work.

Cam was back at Bank of America stadium the day after he was released from the hospital. No, he wasn’t 100%. He was getting treatment on his back, but he was also at quarterback meetings, according to press accounts.

Finally, he had fun.

Teammate, Jerricho Cotchery explains Can Newton’s success, saying he “ just [had] a great mindset about life and keep pushing. Next thing you know he’s dabbin.’”

Cam Newton didn’t credit new supplements, updated playbooks, or even increased strength. He gave thanks, got back to work, and had fun. The main reason that Cam Newton has gone from his worst season to MVP contender the next season is his mental attitude.

Experiencing an injury after a car accident can be life changing. People can have the best treatment, the best doctors, and a complete physical recovery. However, the biggest contributor to your comeback success is your mental attitude. Remember, give thanks, get back to work, and have fun.