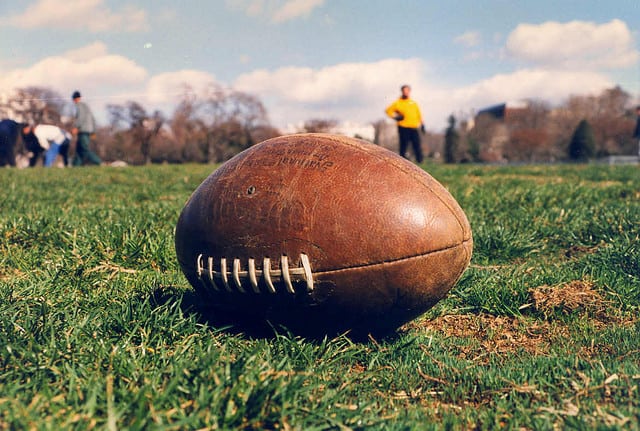 After watching a fantastic Super Bowl, most of us are mourning the end of football season this week. However, one inmate is attempting to change the course of the 2014 football season in Federal Court. His lawsuit claims the National Football League committed a fraud on Mr. Bryant, all Cowboys’ fans, and the citizens of Texas and asked for $88 Billion Dollars in Damages.

Mr. Hendrix is an inmate in a Colorado jail. He filed the suit out of a play where Dez Bryant appeared to make a spectacular catch near the goal line toward the end of the game. After a video review, the officials ruled that Mr. Bryant failed to maintain possession throughout the entire process of catching the ball.

Mr. Hendrix filed suit “on behalf of Dez Bryant #88, All Dallas Cowboys Fans, and All People In Or And From The Sovereign Republic of Texas.” Specifically, Mr. Hendrix claims the incomplete pass call by the officials was “negligence, breach of fiduciary duty, and also wreckless disregard.” Going further, Mr. Hendrix called the video reversal a fraud.

Our civil justice system is like no other in the world. There is a reason why our Founding Fathers insisted on having a jury of our peers to limit wrongdoing. Our justice system should remain open to all, but closely monitored for frivolous cases.

My firm does not accept frivolous cases. We do prosecute wrongdoers for injuring people. If you would like to discuss your meritorious case, please call me at 888-510-9359 or visit my website at www.brianmurphylawyer.com